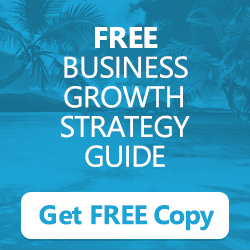 Home Entrepreneurship How To Build A Business With No Money

I was watching a motivational video the other day with The Rock, I think he was talking to a bunch of basketball players or football players, but in any case it was an absolutely awesome video.

One thing that he kept repeating was along the lines of:

“Remember where you came from”

This is something you see so many successful people say, and whenever you see a trend like that you can start to bear true meaning in it.

Right after the video was done, I wrote a list of all of the really tough times I had and what little resources I had when I first started.

I wrote down my income when I first got in the health industry, I wrote down what kind of terrible computer I was using, I wrote down that there was a point where I couldn’t afford groceries, so I was putting it on my credit card, I wrote down everything…

It all accumulated into something that became my “back up against the wall” moment in life.

Success was the only option, and I had absolutely no budget in order to buy ads, pay for graphics, hire a programmer/coder, or do any of that stuff.

Remembering where you came from is something you need to embrace.

For some of you, you may be there right now – and I know exactly how you feel.

All self-made stories come from this point, but the only ones who survive the drought are the ones who embrace it and don’t run away.

Peter is a name I just made up, but his story is based on a real person I used to know.

He was a really nice guy, but he was always stuck in the fake-it-until-you-make-it mindset.

He was a complete nobody personal trainer who didn’t have a dime to his name, but he was always acting big.

He wanted fancy business cards, the best clothes, the best website, and a whole host of other things that didn’t have anything to do with what he needed to do to succeed given where he was currently at in his career.

He was a small guy acting big.

I never took this approach, I built multiple businesses one dollar at a time.

Within a couple years, I was churning out in-person personal training clients left, right and center – and also had a couple online businesses going on the side.

Two years into the industry and I was making some decent coin by personal training standards, and Peter was basically exactly where he started.

About the same amount of clients, maybe a couple more, but nothing really changed at all in his life…except one thing.

He was building a brand-new house that I knew good and well he could never afford.

This is a guy who isn’t even full-time, 20-hours per week max – and at this gym we were only making about 20 bucks an hour. He also didn’t have an online business on the side, so what the hell was he thinking?

He was thinking big…

And not thinking in the present.

This type of “spend beyond your limits” mentality caused him to lose that house about a year and a half later. Who knows what else he bought for himself or for his business that he also lost that I don’t know about.

Living in the Present

I continued the shoestring budget approach, getting what I needed and not what I wanted.

Every business I have ever started begins with this mentality.

Look at your account, decide what you need and what you want.

If it’s a need, then put on your creativity entrepreneurial mindset and find a way to make it happen.

If it’s a want, then put in under the magnifying glass and look at it long and hard before pulling your wallet out.

This mentality should be pretty easy to have when you’re broke, the only thing you can afford is “needs” – and sometimes you can’t even afford those.

Once you start making a lot more money and becoming more successful, you’ll need more discipline in this category.

I’ve grown quite a bit since those days – literally more than 10-X’ing in net-profit per year than I ever did even at my highest income year ever working as a personal trainer.

Now I have staff, an office building, and a fancy espresso machine I haven’t totally figured out yet. But, it’s pretty sweet for Instagram stories.

But, I didn’t need any of this stuff until it was determined a need and not just a want.

Every month either you or someone in your organization should be looking at your expenses to see if there’s any area you can trim up or cut back on.

What’s your return on investment for this expense?

What’s your return on investment for that expense?

Could you better compensate an employee who’s doing an awesome job and making these ROI’s great for you?

Are you still subscribed to membership sites or software platforms you never use anymore?

Always check in with yourself, your accounts, and your organizations to make sure that no matter where you are in life – you always have you need/want mentality in place.

In fact, you may find when checking in with yourself that you’ll identify a new “need” that should be there but it’s not, such as continuing education.

Don’t take this the wrong way and think that I’m asking you hide all of your money and only eat plain bread for the rest of the year.

That’s not what I’m saying at all, you’re reading a blog from a guy who doesn’t understand his own espresso machine, remember?

I live a life of freedom now, but I paid my dues to get here a million times over.

This article isn’t about not spending money on yourself, being able to enjoy the fruits of your labor is probably a big reason why you put all of the hard work that you put in on a day to day basis.

Instead, this article is about learning the discipline to treat your health and fitness business like it’s small, even when it’s not anymore.

It’s about continuing to do what’s already working for you instead of thinking you need to “expand and conquer” by buying a bunch of crap you don’t need.

It’s about viewing your purchases as investments based on the return they will give you, instead of just buying new stuff to “look the part”.

It’s about never forgetting that your clients are the ones who built you, so treat them with the respect they deserve just like you did when you were at your “back up against the wall” moment in your life.

Big or small, they built you – and you can’t let your ego think anything else besides that.

Most importantly, this article is about identifying your wants vs. your needs.

Maybe you know somebody who faked it until they made it?

I’m not interested in doing that, and I’ve seen too many people fail in that pursuit – even to the point where they had to leave the industry all together and get a “regular job” that they never wanted.

While these guys acted big, I built multiple successful businesses at the same time and just allowed my actions to do the talking instead of my “sweet new car”.

You can build a business on a nothing budget, it’ll just require a needs/wants analysis and a little entrepreneurial grit.

Oh, and one final rule before I go.

Introduction In this article, I’m going to show you the exact steps to take in order to provide a world-class experience for your clients while still keeping yourself from getting…
View Post
Do you want to know the painfully obvious ingredient that you need to master to start making a name for yourself online? It’s something all of the online coaches right…
View Post
In this article, I’m going to outline five mistakes that I repeatedly see trainers in our industry make that cripple them from moving forward and creating a successful career for…
View Post
So you have decided to start an online fitness business! Congratulations, you have already taken one big step towards creating freedom in your life. When you join the land of…
View Post

The Complete Guide To Onboarding A New Online Coaching Client